Do Eskimos really have 100 words for snow?

You must have heard that they have numerous, some say even over a hundred words to describe the same thing – snow. You have also probably heard that this is only a myth based on uncorroborated rumours, poor reporting and misunderstanding of the specifics of the Inuit language, one of the languages used by Eskimos. We have dug deeper and discovered that the truth – as usual – lies somewhere in between. Eskimos really do have several dozen words to describe snow – because it is not a single phenomenon.

It therefore makes perfect sense that they need more than one expression for snow. Here snow falls just a couple of times a year, so we can just call it snow or additionally describe it with expressions such as wet snow, dry snow or the like. However, in the north, snow is a constant and it has earned its own set of vocabulary.

Do you know what the expressions “matsaaruti” and “siguliaksraq” mean?

Which expressions do the Eskimos use to describe snow? Oh, there are too many of them to mention here, but just to give you some examples, we can say that they like to use the expression “matsaaruti” to describe wet snow that can be used to ice sleighs, and “pukak” to describe crystalline powder snow that looks like salt.

Since ice is also popular in the north, they have developed a wide range of vocabulary in this area as well. They use over 70 words for ice. This includes “utuqaq”, which means ice that stays year after year, “siguliaksraq” to signify the patchwork layer of crystals that forms as the sea begins to freeze, and “auniq” which is ice filled with holes like a Swiss cheese.

Eskimos are not the only ones enthusiastic about snow and ice

As our planet’s northern part is inhabited by other people as well, we naturally have more snow and ice enthusiasts in the world. One of these are the Sámi people, who live in the very north of Scandinavia and Russia; their vocabulary contains over 180 expressions related to snow and ice.

No, unfortunately, reindeer are not familiar with the numerous expressions used to describe snow and ice (or if they are and we simply do not understand them), but the Sámi people have over a thousand expressions to describe reindeer. Are you a bit confused because all reindeer look the same?

Well, the Sámi people know that reindeer can be small and fat – such reindeer are called “leami”. They can have different antler shapes, so those with short, branched antlers are called “snarri”. Life isn’t always easy for reindeer, so there is a special expression for stubborn females: “njirru”. And if you have ever wondered what to call a male reindeer with only one, very large testicle, the word is “busat”. There you go, now you’ve heard it all. 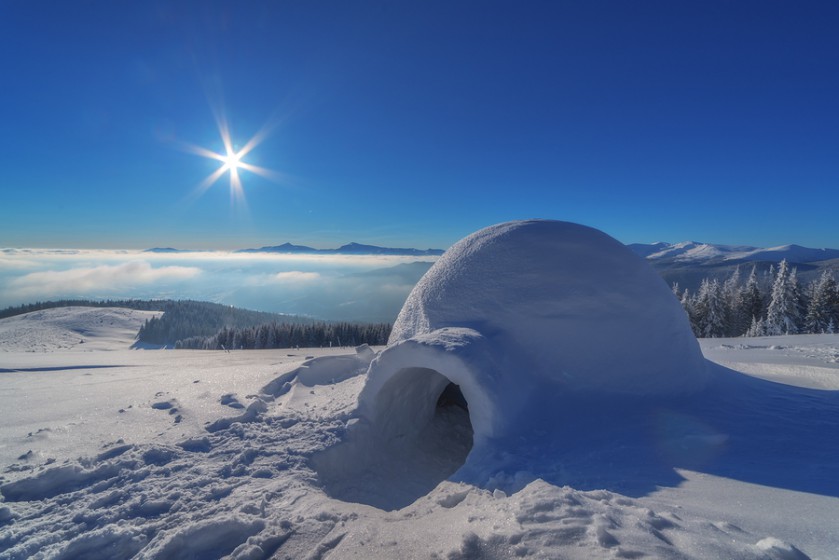