Translation blunders can be costly

Translating really isn’t such a big deal, is it? A little thumbing through the dictionary in search of the right words and that’s it. Well, not quite. All professional translators and those who have come across a complex piece of writing that they needed to translate are well aware that the process of translating is a demanding one. Unfortunately, not everyone knows that, and therefore mistakes in translations of important business documents of all types are made that can cost companies, organizations and individuals huge sums. Should you be interested in finding out who has already lost a lot of money and the ways to avoid going down that road yourself, keep on reading.

Politicians who wished for better translators

A famous Soviet Prime Minister in the 1950s and 1960s, Nikita Khrushchev, made a statement at the peak of the Cold War that was interpreted by American translators as: “We will bury you.” You can only imagine what that statement did to the already tense relations between the two countries. What Khrushchev actually said was closer to the meaning of the phrase: “We will outlast you”, which still isn’t a very nice statement, but it is a less contentious one than the poor rendition the translator offered.

A similar blooper was uttered by translators of former American President Carter during his visit to Poland, who translated the president’s words: “I have come to learn your opinions and understand your desires for the future…” into a rather misfortunate expression: “I desire the Poles carnally…” The phrase might sound funny, however, the mistake definitely caused some diplomatic damage.

The executives of the large multinational HSBC bank probably uttered some choice words having found out that their advertising campaign using the slogan: Assume nothing was wrongly translated in many countries as: Do nothing. And what was the cost of that blunder? Only a humble sum of 10 million American dollars which were used for a new campaign to mitigate the damage the first campaign had caused.

The famous American campaign Got Milk? also caused more damage than it did any good after it had been unsuccessfully adapted for the neighbouring Mexican market, because the slogan translated into Spanish has the meaning: Are you lactating? Mexican mums were not too happy being asked such an intimate question, and the American milk industry definitely lost some of its good reputation in its neighbouring country.

Introducing new brands to foreign markets also deserves special attention when brand names are being translated/adapted, otherwise business fiascos are on the horizon. The brand owners of the Canadian whiskey Canadian Mist are well aware of that, for they hadn’t been warned, by either a good translator or a German speaking marketing specialist, that mist in German is actually a word for manure; the faux pas didn’t make the drink very popular in Germany. Well, who can resent the Germans for not wanting to buy Canadian manure? Nokia definitely regrets its clumsy adaptation for the Spanish market when introducing Nokia’s new model of the phone, Lumia – in Spanish the word Lumia is a rather old fashioned expression denoting a lady of the night.

So, what is the moral of these funny but business-killing stories? An investment in having your translation done by a professional always pays off, for even the slightest mistake can cost a fortune. 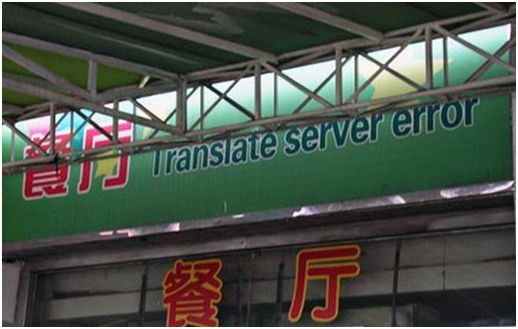